The transfer of agricultural property to state control was achieved by different methods and in numerous stages. On the night of 2-3 March 1949 the remaining parts of the large landowners’ properties were sequestered. These had already been reduced to fifty hectares under the 1945 agrarian reform. The owners and their families were deported to remote places, and their land and connected property was transferred to the ownership of the first state-owned agricultural holdings (CAH).
In the years immediately following the agrarian reform, the communists promised that they would not set up “kolkhozes” (collective farms). However, under the system of “obligatory quotas” peasants were forced to hand over large shares of their harvests, and this caused many to go bankrupt. They then had no choice but to join “associations” and “communities”. Those who “reneged on quotas” were considered “saboteurs” and arrested.
On 3-5 March 1949, the P.M.R. (Romanian Workers’ Party) decided that the moment had come to implement overt Soviet-style collectivisation. In the spirit of the “class war”, the peasantry was divided into three categories: “poor”, “middling” and “wealthy”. In order to combat the “wavering” “wealthy” and “middling” categories, the poor had to be enlightened as to the advantages of joining the agricultural holdings (CAH). Resistance was significant in the years following the plenary that decreed collectivisation: activists on the ground were chased away and in many villages there were open revolts and battles with militia forces, resulting in dead, wounded and deportations. According to the data released by the Romanian Workers’ Party itself, between 1949 and 1952 more than 800,000 peasants were arrested, of whom around 30,000 were convicted.
Between 1952 and 1958 collectivisation slowed. However, with a view to implementing full collectivisation nationally, the Party unleashed a new offensive, which in turn provoked renewed resistance. In the uprisings between 1959 and 1962 many peasants lost their lives or freedom. The uprising in Vadu Roşca (Galaţi region), in which nine people were killed, was repressed by Nicolae Ceauşescu personally. In other villages, cannons were used in order to intimidate and “enlighten” the peasants.
After thirteen years of terror and pauperisation of the peasantry, Gheorghiu-Dej declared collectivisation to be complete on 27 April 1962, in front of a rally of 11,000 peasants in national costume, brought from all region of the country. Dej went on to announce the results of collectivisation in a speech before a plenary session of the Grand National Assembly: 96% of the country’s arable surface area and 3,201,000 families had been incorporated into collectivist structures.
Room 18 presents images from the whole of the period in which the peasantry was repressed and brought to its knees. In the middle of the room an evergreen clod of earth stands as a symbol of the land, alive and free, and also the earth in which those who sacrificed themselves for it are buried. 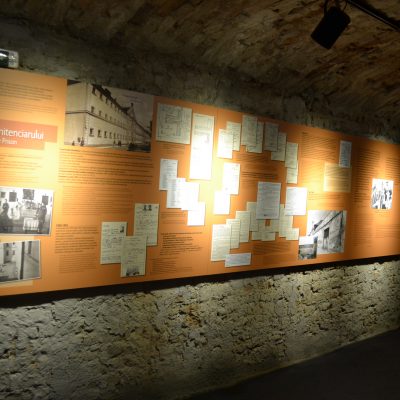 Two refurbished rooms on the lower ground floor are dedicated to the history of... 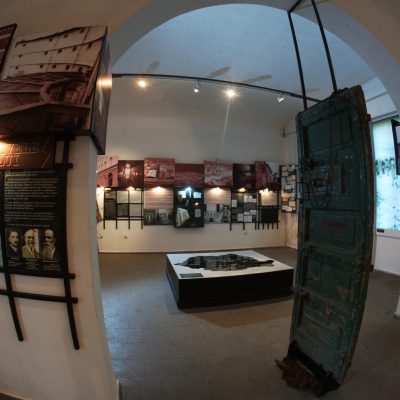 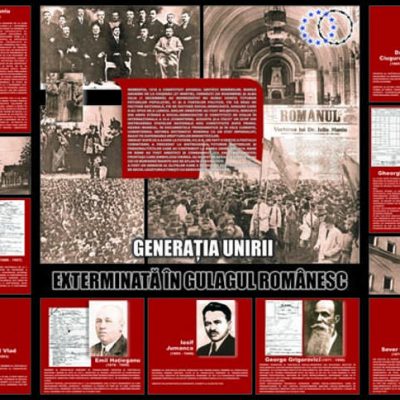 The exhibition presents the leading lights of the Great Union of 1918, from Alba Iulia, Kishinev... 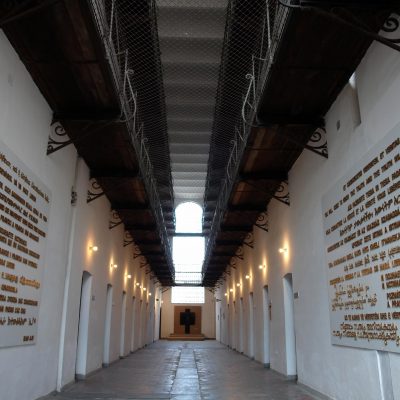 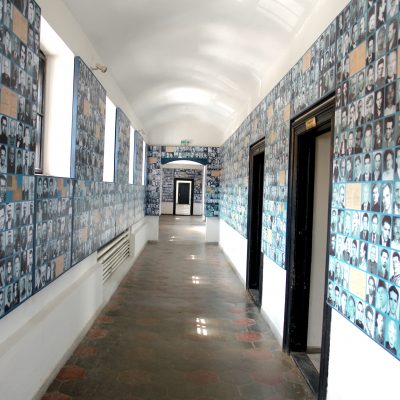 Gallery of former political prisoners and deportees, covered with thousands of portraits

“From Stettin in the Baltic to Trieste in the Adriatic, an Iron Curtain has descended... 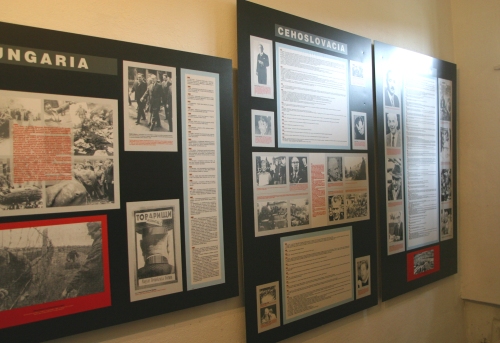 The Sighet Memorial is not dedicated solely to Sighet Prison or solely to resistance and repression... 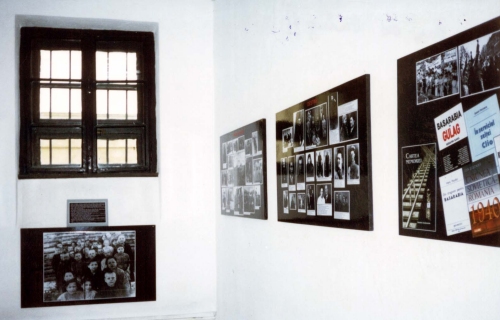 Bessarabia, formerly a Romanian province, part of the Russian Empire for one hundred and six years,...